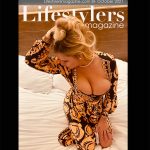 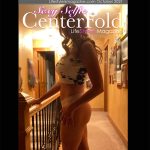 The Life Journey of Venus Cuckoldress

I thought it was just going to be a fun night of sex while having my boyfriend listen on the phone. But I was not prepared for what happened next.

This is the Life story of Venus Cuckoldress.

It all started over a decade ago when I began reading Dan Savage’s column Savage Love. Until then I had only ever heard of monogamous relationships or infidelities – you know…the standard societal expectations/outcomes for relationships. So imagine my shock while reading all about every kind of relationship with every flavor of non monogamy possible. My mind was BLOWN AWAY and I started to question everything I knew or had been told about monogamy. For once I realized that maybe there wasn’t something wrong with me because I had such a hard time staying faithful; perhaps it was that I was in the wrong kind of relationship??

I started to reach out to swingers groups online and was astonished to witness relationships which seemingly rejected the idea of toxic jealousy and partner possession and instead adopted compersion and sexual freedom for each person. After searching out some other single women we ventured into the swingers world as a group of unicorns and holy fuck let me tell you we had many unbelievable sexual experiences. We basically checked off a whole bunch of boxes from the sexual bucket list. Ahhhh memories….

When it came to dating though, it wasn’t that easy. Sure it wasn’t difficult to find a single guy who was interested in that kind of relationship but because I had been a unicorn for a while and had all of the sexual opportunities and freedom that I could ever want, I found the idea of rules, boundaries, and limits unappealing. And that kind of sucked because I knew very well that swingers couples always require rules, boundaries, and limits and a lot of ongoing negotiation around that. So honestly it was a little depressing for me because I thought there was just no way that I would be able to find what I really wanted and I felt like what I was asking for was way too selfish on my part. That kind of relationship couldn’t possibly even exist…or so I thought.

Years later I came across a guy on Tinder and I think it was a sentence on my profile that caught his attention; I mentioned that I had no intention of being monogamous in a relationship. We matched and started getting to know each other and he seemed fascinated with how I had a list of friends with benefits and basically fucked whoever I wanted and whenever I wanted. He explained that he didn’t want to sleep with any other women but he encouraged me to sleep with other men. I was a little confused by the one-sided open part because I had never had a guy want that before but whatever I loved how interested he was in my sex life. He never got jealous or upset and the more I told him about things and sent him pictures and videos, the more he loved it all. I didn’t know it at the time but he was a cuckold. I just knew it was the kind of relationship that I had always wanted but didn’t know it even existed. I felt relieved – I had finally found what made me feel fulfilled, and I had found it with someone I grew to love deeply.

We talked all night long about fantasies and then his fantasies became mine and mine became his. It was some of the hottest conversations of my entire life. I wanted a BBC gangbang on my wedding night and he wanted me to fuck his friends. He also wanted me to make him wait for sex and honestly I didn’t really understand sexual denial at that point but it made me want to learn more about how that was such a turn on for him. His mind absolutely fascinated me and to this day I love learning about the way cucks think about things. Knowing I had the ability to turn him on by saying or doing a certain thing was thrilling and felt like I had a kind of a power to play with. He loved me for all of me and celebrated and encouraged my unrestrained sexuality. It was the first time that I had that kind of all encompassing admiration and adoration for the part of me that is a proud slut.

We decided it would be fun to have him listen in on the phone when I was fucking another guy so I found a guy who seemed okay with this kind of arrangement and I met him at a hotel. I was a bit nervous when I walked in because I’d never had someone listen in like that but I was also really excited about it and I know how fun it would be for my boyfriend. Upon entering the room I chatted with the bull a little and then undressed and dialed my boyfriend on the phone. He listened quietly while I dropped to my knees and began to deepthroat that beautiful BBC in front of me. I made sure the phone was close enough for him to hear every moan, gasp, and thirsty slurp and to hear the bull comment on my mascara running down my face. I could hear my boyfriend breathing heavily now. I knew his mind was racing imagining what this looked like…loving it….loving me. Little did I know but the bull I picked knew exactly what to say and do with the cuckolding situation in front of him. He moved me onto the bed and started telling me what to say to my boyfriend. It was a bit shocking at first but as I said it into the phone I could tell that it was pushing my boyfriend over the edge and into absolute fucking hotness in that moment. I was overwhelmed – in a good way – with what was happening. It wasn’t just sex between me and the bull. It wasn’t just my boyfriend listening. It was the most intense emotional radio waves happening through that phone line and it was the hottest thing I had ever experienced in my life.

Afterwards we went through a sort of intense emotional high that lasted for days. This night which I assumed would be just a fun little adventure had revealed itself as transformational for me and for my relationship. It somehow catapulted us into a realm of love that I didn’t even know was possible. We felt incredibly connected and bonded. We felt a level of trust that we both had never felt before. We realized we opened the door to something that felt magical.

Cuckolding is not just a sexual act. It’s really not just him watching her or listening to her fuck another man. It’s a gift you give each other. He gives her the gift of his unwavering fidelity while she is free to pursue sexual experiences with other men and in turn, she gives him the gift of being involved in some way (watching, listening, storytelling when she gets home, teasing about it, photos and videos etc). What I had originally thought was seemingly too selfish for me to ask for is actually a loving relationship that’s very much a two way street where both people get a lot out of it.

I’ve come to learn that with a cuckolding relationship, she is put first. She’s in the driver’s seat on this journey together. He loves, adores, cherishes, and celebrates her unrestrained sexuality. In response to that freedom and commitment from him she loves and respects him even more. Her confidence and sexual prowess is off the charts. He witnesses this transformation in absolute awe. It’s a next level kind of relationship that benefits women in many ways.

From that day forward I realized that cuckolding is so much more than what it’s often portrayed as and it became my passion in life to share that discovery with other women. First came the Venus Cuckoldress Blog and then came the Venus Cuckoldress Podcast which has quickly become one of the most popular podcasts in the world. Now I’ve added Venus Connections – a matchmaking service for singles who are looking for a loving cuckolding relationship.

What comes next in this story? I’m not sure about that but one thing I’m absolutely certain of  is…cuckolding is love.

You can reach out to me on Kasidie.com under profile “VenusCuckoldress” or by clicking on the banner below.