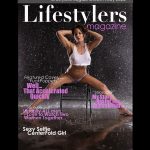 My Story Not For The Faint of Heart

My story is not for the faint of heart, but for those who have toyed with the idea of expanding their relationship beyond the bedroom they share with their partner- or for you single guys and gals out there, a little taste of the wild side of your sexuality that you have yet to tap into. As for me, I’ve always flirted with the idea of exploring the swinger lifestyle but never had the courage to go and seek it out on my own. Being a single mom for 8 years and not being able to find a steady partner, I didn’t exude much confidence in that area until I reconnected with my long-time friend of 20 plus years and current husband of only 10 months. For as long as I can remember, I’ve always been drawn to the sexual aspect of life whether it be at a bar, club, or just any social gathering that promoted sex. As a child I was shamed for my sexual curiosity at a very young age. I began discovering my body at a pubescent age and masturbating as early as 6 years old while getting caught touching myself all the time. Whether it was at school, at home, and even at my babysitter’s house. I never fully understood what was going on in my head. All I knew was, I had to find out what this gnawing feeling in my bones was trying to tell me. After losing my virginity at 16 to my first love, a trans-gender, which I never knew until just a few years ago so you can imagine how confused I felt about my sexuality, and what drives me to attract certain personality types. I mean, this person who I wanted to marry was a woman trapped in a man’s body! It’s no wonder that I turned out to be bi-sexual.

To all you ladies out there who have been there done that know what I’m talking about. NEVER ignore that instinct! Lord knows it’ll bite you in the ass over and over until you get it right, that is-IF you get it right.

I never had an issue with monogamy it was just that no one fit the mold for my liking or even came to close to exemplifying what I craved in a long term partner. I also had this uncanny ability to see the end from the beginning. My gut always told me that the person I was with wasn’t the one, which of course like any young naïve girl that I was I ignored it. To all you ladies out there who have been there done that know what I’m talking about. NEVER ignore that instinct! Lord knows it’ll bite you in the ass over and over until you get it right, that is-IF you get it right. In the end though I just wanted someone who was faithful, committed, yet open minded to exploring their sexual side in a safe and fun setting. Seeing as how I kept attracting loser after loser that was either too jealous or too passive and didn’t give a rat’s ass about being with me long term, I began to feel frustrated at my efforts and decided, that’s it! I’ve had it! I’ll never get married!  I’ll just stay single and share my body with whomever I want, when I want and that’s that! But life had other plans and heard my cry. Just four short months after COVID hit, I was spiraling out of control. I went from causal dating to being involved in a tinder fling who led me on, thinking it would turn into something more and when it didn’t I was crushed.

The first normal (and very vanilla I might add-*yawn*) man I thought I had a shot with and a potential future with, ended and I couldn’t understand why. This experience sent me on a mental crusade of self-loathing and self-pity to the point where I was desperate for human interaction. It didn’t matter where it came from, I just wanted sex and lots of it. The thing that came so easy to me seemed to be stripped away for good! Or so I thought. I had just started a new job in March of 2020, meanwhile my husband at the time was dealing with the tragedy of losing his first wife a month into the first pandemic outbreak. I never thought in a million years that he and I would reconnect. It was quite literally by accident that I found out the news about my husband’s late wife through a mutual high school friend who had encouraged him to reach out to me and hang out- as “friends”. She encouraged him, “ what do you have to lose? The worst that’ll happen is that she’ll just “friend-zone” you AGAIN for the umpteenth time. Well, seeing as how this man has had a crush on me since 7thgrade and had proclaimed his undying love for me, I was reluctant to meet up with him, seeing as how I never had those feelings for him growing up. Even though I was his first girlfriend in 7th grade, all that consisted of our relationship was his sweaty shaking hand holding that made me feel uneasy. These days I can’t enough of him, go figure. THE FORTUNE IS IN THE FOLLOW UP PEOPLE! His long term game of following up with me for 18 years paid off! HA! I relish the idea of being married to someone whom I never thought I’d marry. I mean, I was against marriage my whole life because of all of my let downs from my past ideal candidates, plus the disaster marriages that consumed my family history that I had no intention of repeating.

So I pondered and thought to myself, “man, I know I reached out to see how he was doing but I don’t want to be at the other end of a potential anger bang session”. I decided to go with my gut instinct and just have dinner with him and lend an ear. I got more than I had bargained for after showing up in my best slinky black dress and high heels (which was his idea after he told me to dress nice and watch the sunset with him).  I shuddered at his proposal because I told myself- THIS IS NOT A DATE! MAKE THAT CLEAR!  We spoke casually and caught up with what went on in our lives and I acted honorable and pure during our “non-date”, for fear of unwanted judgement of my own diabolical sexual history, until he unveiled his past to me. I was amazed at how kinky my husband was even before we got together. Growing up, he was always the goody two shoes Christian boy will much better morals and values than I; or so I thought. I mean, he always had morals but his sexual immorality far exceeded mine.  I learned that throughout his adulthood, while he did exude a model citizen persona and still went to church I thought, wow! There’s just no way he’s into what I’m into.

Much to my surprise he had told me that he dabbled into the lifestyle with his late wife for a time and was always drawn to it despite the long term break he took in between losing his wife and marrying me. We obviously didn’t jump into the lifestyle right away and had numerous conversations about it over time. It took about 7-8 months into our relationship to really move forward into our sexual conquest adventures. The first time we went to a nudist resort at Sea Mountain I was amazed at how little the crowd was (not knowing it was off season) and how expensive it was to go somewhere to be naked in front of 5 people not including my husband, and end up only having sex with my husband. I was a bit disappointed that we paid a car note to spend the night with each other and told him we could’ve just stayed home! So my first experience didn’t really thrill me until we discovered EDR (Exotic Dreams Resort). There was more of a vibe there and we went through a roller coaster of good and bad experiences and dabbled on apps like “KIK” and “Kasidie”. We found a few promising people and made great friends along the way. Needless to say I think that despite our bad experiences that nearly led us to quit the lifestyle all together, in essence its actually strengthened our relationship as a married couple and at the end of the day-all we ever need is each other. Extra bodies are just bonus to our deviant fantasies that never seem to fade. So is the lifestyle for everyone? Of course not, it just happened to be one of those alluring hobbies that brought our fantasies alive. I mean, why watch porn when you can live it? I never thought that the lifestyle would be this fun once you figure out you and your partners “quirks” and what makes them tick; and for those of you who are on the fence or aren’t sure if it’s for you-to those people I say hey, if you (or you and your partner) can’t shake the curiosity like I couldn’t, then dive in and give it a trial run. You just might surprise yourself.