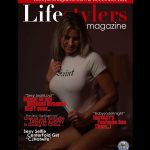 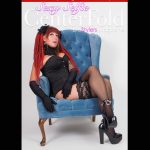 Sometimes a person just needs a little push to make a really big and really scary decision. And that’s exactly what happened to me in 2022. It was a year of celebrations and surprising revelations.

Before I get into the revelations, let me start out by saying that January was the beginning of something really amazing for the cuckolding lifestyle and it had its start in a bit of a funny way. Right around that time, the incredible book by Dr. David Ley, “Insatiable Wives – Women Who Stray and the Men Who Love Them” was being released on audiobook and narrated by the talented Rose Caraway.

Rose and her husband Dave were brainstorming some ideas around marketing the release when Dave said something funny like “Hey there’s a shark week – why can’t there be a cuck week?” They thought it sounded pretty good so they took it and ran with it. Well it didn’t take long before everyone caught wind of it and jumped on the Cuck Week train and viola! Cuck Week was born.

In a matter of only a few weeks of planning, there was an impressive list of events and celebrations put together. It was amazing – Cuck Week 2022 was a huge success and Cuck Week 2023 happening January 23rd to 30th will be even better with more conversations, podcasts, articles, and events.

Some people might wonder, why have a Cuck Week? Well personally I think the cuckolding/hotwifing lifestyle is so widely misunderstood and cuckolds suffer greatly from shame and negative stigma.

Some people might wonder, why have a Cuck Week? Well personally I think the cuckolding/hotwifing lifestyle is so widely misunderstood and cuckolds suffer greatly from shame and negative stigma. Having a week to celebrate the amazing relationship dynamics and also educate the public about this kind of one-sided open relationship is a crucial component to hopefully reducing the negative stigma and common misconceptions about cuckolding. Not long after Cuck Week I had to move my supporter hub for my podcast over from Patreon to my own website. It wasn’t something I was planning to do however the Patreon cubicle folks are not at all friendly to sex positive creators/educators and I was being harassed often by them and I needed to find a solution.

It was right around that chaotic and stressful time that the thought popped into my head….just a quiet little whisper….but enough to catch my attention. “Is it time to unveil myself and show my full face publicly?” The thought of this had always been terrifying to me. Being a woman and speaking about female sexual empowerment is dangerous. There are men out there who take great offense to women who talk about these things and reports of psycho stalkers who hunt down these women and harm or kill them. I’ve had my own issues with these men in the past and it has been a traumatizing experience.

Despite the fear though I did pay attention to that intuitive sense as it’s been something that has helped me greatly in guiding me through decision making. That feeling is important – listen to it. So I decided to do some research into what it has been like for women who have already chosen to put their face out there, and therefore their identity to the world. I spent months speaking to them and asked how it’s really been for them. Turns out, it hasn’t been a big deal for them.

Next I thought of all of the “what if” scenarios and made a plan for what I would do in those situations. But still, the safety issue is one which I feel I don’t have very much control over. I mean if someone is determined to harm you, they will find a way right?

So I had made my decision, I was going to reveal my face. I planned it around a live Pillow Talk event which I do once a month on CrowdCast. I was nervous but also excited and when it came to the moment that I panned the camera up to reveal my face, I made an unexpected passionate request to the audience.

I asked for their help. Help to keep all women safe in this lifestyle. The first challenge is to make the men aware of the safety risks which are so heavily present for women.

I asked for their help. Help to keep all women safe in this lifestyle. The first challenge is to make the men aware of the safety risks which are so heavily present for women. In my experience the awareness of this is lacking. Most men assume women have the same concern as them – embarrassment if anyone they know found out they are into this. And while that is a concern that a lot of women have, it kind of pales in comparison to the very real threat of violence, threats, stalkers, and harassment right?

Next I pointed out that there is so much cuckolding content (written, videos, porn, audio etc) which men consume every year. They spend so much time, attention, and money on it. Now what if they used a fraction of that effort to help keep women safe? What would that do to the lifestyle? What would the impact be if women felt safe to speak online, on radio, on podcasts etc about cuckolding or even just female sexual empowerment? Wouldn’t it be beneficial to everyone? Men can help by using their skills and offering their support. I had someone tell me afterwards that he will monitor the bowels of Reddit to see if my name is ever brought up in the incel threads – amazing! And another who ordered a video security system for me – incredible! And several others who offered to help however they can if I get harassed by someone. It feels like I have a huge support network behind me should I ever need them. And every woman should feel that way. EVERY. WOMAN.

Let’s face it guys, we need you on this one. We cannot do this without you. The only way we will get to a point where we all feel safe is with your help. Let’s make 2023 the beginning of achieving this goal. Let’s do this!

Never In my Wildest Dreams