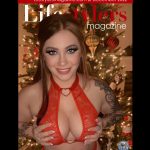 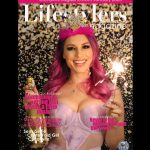 Never In my Wildest Dreams

I was raised in a very conservative way where sex and anything sexual wasnt discussed, it was all private and shouldnt be talked about, period.  It was a taboo subject and you were shamed if you were a sexual person. I was about 15 before I first touched myself for pleasure. It felt amazing to touch myself that first time, but also felt I was doing something so wrong. Why was it so wrong, forbidden to experience pleasure? I never talked about it or told anyone what I did, but I continued doing it because it felt so good.  So I guess you could say I was in fact a sexual person, I just always thought it was dirty,and was something you wasnt suppose to do so I hid it.

I didn’t have my first actual sexual experience with a guy until several years later.  It was with a guy I was sort of dating at the time.

I didn’t have my first actual sexual experience with a guy until several years later.  It was with a guy I was sort of dating at the time.  I wasn’t too concerned with it being all “perfect” and the “one” I just wanted to feel comfortable enough to try it, I was so curious.  We had planned everything out at his house and it was a terrible experience. It hurt so bad. I had no idea what I was doing and I was so nervous. I wasn’t even really turned on, just thought it was something I had to do. After that I just was turned off from sex.  After about another year, I decided I needed to do this “sex” thing because everyone else was and said how great it was.  I thought, “was there something wrong with me”?  I didn’t find it pleasurable at all, but low and behold I was going to give it another try. It ended up being a drunken night in college and although a bit more pleasurable, probably because I was more relaxed, it was still a bad experience because we got caught by some friends and I was so embarrassed.

Later in college I met my now husband.  I now thank him everyday for putting up with me back then, he was so patient and respectful to me being uncomfortable about sexual activities, to the the point that whenever he stayed over at my place, at first he always wore all his clothes to bed, lol.  I laugh about it now because he is such a sexual person I know it drove him crazy.  After several months of dating and good conversations, I did end up having sex with him and finally it was a good, not great experience.  But even then I still wasn’t very open to sex though and still thought of it as a dirty thing that we shouldnt be doing.  That thought process carried well into our married years as well.  As the years went on he continued to  encourage me to explore, to communicate my likes, dislikes, and desires.

We’ve been married 17 years now and it wasn’t until about 5 years ago I finally started to become more open to sexual things, talking about them and exploring them.  I found I really did enjoy it when I just relaxed and didn’t worry about what anyone would think.  When I stopped thinking about it as “dirty and taboo”  I started seeing the beauty in it and enjoying it more and more.  Another year went by and we found ourselves having the conversion of wondering what it would be like to have sex with other people, threesomes and such.  I was totally open to it because I felt like I missed out on my “whoring around” days. Then one nigh after a date nigh and a few drinks, my husband brought up the idea of wanting to see me get fucked by another guy, that he thought it would be hot.  He said, “aren’t you a bit curious what it would be like to fuck someone else?” And he was right, while I thought he was crazy, I was still open to the idea and very curious.  This was the beginning of our journey into the lifestyle.

So now that we both decided we wanted to try being in the lifestyle we didn’t know where to go, so of course we started searching on the internet and facebook, joined some LS facebook groups and got to chatting online with others.

So now that we both decided we wanted to try being in the lifestyle we didn’t know where to go, so of course we started searching on the internet and facebook, joined some LS facebook groups and got to chatting online with others.  One of the couples we were chatting with invited us to this event.  We were hesitant but decided if we were going to give it a try then we needed to just jump in and see if we liked it.  All the rooms at this hotel were sold out, so the couple offered their room to share.  So here we were, heading to our first Lifestyle event, meeting a couple we didn’t really know, only chatting for about a week.  This was going to go really well or we were going to end up in a river, dead. The couple ended up being really cool and introduced us to others they knew.  Everyone was super respectful and nice and by the end of the night we found ourselves back in the hotel room with 3 other couples. So our very first experience in the Lifestyle was an orgy. Some people tip toe into the lifestyle but not us, we dove in the deep end, head first.  We woke up the next morning and couldn’t wait to talk about it and debrief.   We looked at each other, said WOW, did that really happen, we nodded, and then said do we want that to happen again, and it was a YES right away.  We were hooked and you could say my sexualness was unleashed that night.

Over the past 2 years we have become more plugged into the lifestyle scene around us and met so many good people and most have become really great friends.  Who would have thought that fucking your frineds would be so wonderful, deepen friendships and open doors to other opportunities. I remember one weekend away with a couple, me and the other couple’s wife was chatten it up in the kitchen of the lakehouse we were staying at making jello shots for a party later that night while our husbands were in the living room chatting about something on the TV.  Later on my husband mentioned that only in the lifestyle would two girls get alone so well knowing that they were going to most likely fuck each others spouses later. We joke how ‘weird’ that is, but honestly it’s such a beautiful thing to experience. Knowing we don’t have to hide desires, but they are actually supported and encouraged and that friendships can develop as well.

Another gathering of lifestyle couples for a weekend getaway, I was introduced to the idea of onlyfans. At first I didn’t think I’d like to see myself on video, nor did I consider myself that much of an exhibitionist, but my husband loves to show me off so of course he was all about it and thought the idea was hot. Even if we didn’t do well at it, seeing me having fun on video was exciting to him. I mean we had already made some sex videos of just the two of us but no one other then the two of us ever had seen them, and now hes encouraging me to post them online, talk about being nervous, I was scared shitless, especially of the thought of my vanilla friends and family finding out. But like most other things already mentioned, once we got started I was hooked, which has expanded into doing collaborations with others in the lifestyle  I’ve found that once I get out of my comfort zone, that’s where I really start to grow and I have discovered so much about myself throughout this journey.

Since being in the lifestyle we’ve discovered a lot about each other that I don’t think we ever would have come across if we weren’t.

Since being in the lifestyle we’ve discovered a lot about each other that I don’t think we ever would have come across if we weren’t.  It has made our relationship and bond stronger. The lifestyle environment is more than just having sex with other people, it’s a whole vibe.  It’s about being free and relaxed, comfortable with who you are, talking about your fantasies, kinks, desires and guilty pleasures in a safe environment and most importantly without judgment and with full support from your partner.

Fast forward and here I am making amateur porn pretty much full time now, spending our nights out with friends in the lifestyle and enjoying every minute of it. I get to spend more time with my kids, not missing out on their events like I was when I was working in the corporate world.  I’m home for the holidays and we are able to travel more than ever.   We have a very open communication relationship with our kids, where they feel they can talk to us about anything and I like that.  As far as sexualness goes, our goal is hopefully to have taught our kids to be respectful to others, to challenge their own insecurities, to embrace growth and try new things in a safe supportive way, and that communication is key in all walks of life, lifestyle or not. Seeing us communicate, I hope they have also learned how important that is in a relationship.  It’s a lifestyle a lot of people don’t understand and don’t accept so we don’t broadcast it out but if someone asks us about it, absolutely we will talk to them about it.  Sometimes I wish I tried this sooner, but looking back I 100% know there were times in the past that if my husband had brought it up, it would have ended our marriage, that’s how uncomfortable, insecure and untrusting I would have been toward him mentioning it. His love, his dedication, his loyalty and honesty, his timing was everything and I love him so much for this gift he has given me.  I’m not sure he’ll ever truly know how much he has done for me, and how thankful I am but a threesome every so often is a good start in showing my appreciation to him lol.

Fantasy’s, Everyone Has One…!