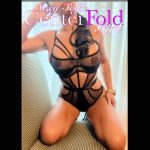 Believe it or not, its actually true…

Believe it or not, it’s actually true. Cuckolding is love. You’re probably skeptical about that statement I know…after all, the messaging out there about this highly fetishized and misunderstood relationship dynamic is overtly simplified into humiliation, degradation, and disrespect towards the cuck, and that a cuck = weak and submissive. And with all of that being broadcasted everywhere it’s no wonder so many cucks feel debilitating shame and often hate themselves because of their desires. There are consequences to that kind of misinformation.

So I’m here to say, stop it. Enough. Cuckolding is a loving one-sided open relationship where he is monogamous to her and she is given the gift of sexual exploration with others and in turn she loves to involve him in some way. And just like all relationships, non-monogamous dynamics, and sexual preferences, there is a vast spectrum of cuckolding practices and dynamics. But for some reason, we only hear about one extreme end of that spectrum and unfortunately it has become the face of modern cuckolding.

I think most cuckolding couples are actually just regular couples who have a robust sex life where she is encouraged to explore her sexuality in whatever way she chooses and with the full support of her partner. I think the “humiliation” factor for most couples involves teasing in a loving way – like her casually mentioning to her husband that she has a date coming up with a really hot lover and she sees how turned on that makes her husband. It’s a fun little game they play together. She’s not mean. She’s not cruel. It’s fun between them both.

This might be a provocative statement but I think modern loving cuckolding relationships where he puts her first, fosters sexual empowerment for women and that concept is seen as threatening. Perhaps modern cuckolding is less about power exchange and more about their enjoyment in witnessing their woman experience pleasure; all while celebrating her for her sexual desires. Perhaps it’s the opposite of slut-shaming….and that dynamic is seen as her having power over him and therefore him being below her? Is putting her first in a relationship a kind of threat to insecure masculinity?

It’s also no wonder so many cucks loathe themselves about their fantasies and it makes sense that they feel such crushing shame and fear because of it. That shame impacts their mental health, their relationships, and their self esteem. And that’s the part that really pisses me off. Because cucks are loved, respected, and cherished for their immense deep love and loyalty. The fact that they are suffering and ashamed of themselves is so fucked up – you are the most selfless and amazing partner a woman could have! Be proud of who you are!