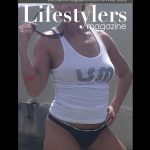 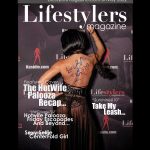 When did you discover that if you touched your penis or pussy that it felt good? Sexual energy is a feeling of euphoria that many have tried to describe for centuries. I’ve read where people compare the sensation of a sneeze building directly correlates to how you orgasm. Ever since hearing that – I laugh to myself when I hear people sneeze as I imagine how they might feel pleasure through their orgasm. For me as a woman, surprisingly it didn’t happen until I was in my mid-twenties. Yes, you read that correctly, I didn’t touch myself until I was twenty-five years old! It was a time when I returned to college to finish my degree, post-divorce number one from a man that had zero clue how to please me (but in his defense I didn’t know how to give myself pleasure), living on my own for the first time in a dormitory setting, as I started to crave having my body and pussy touched. The irony is I was studying Social Work with a Women’s Studies minor with several Sexuality classes, but NO idea of knowing my own body, I was a fraud. I took it upon myself, to find my pleasure spots with self-exploration while reading Penthouse Forum. One day as I lay naked filled with the stress of my life, I started to gently caress my nipples, then slightly tugging at them working my way down my stomach and my sides to my inner thighs and hips…up my thighs reaching to the crease of my pubic area. Exploring the outer lips of my pussy to the inner folds, I knew there was a spot at the top of my pussy that felt good when I rubbed it, but truth be told I didn’t know it was my clit. There was wetness from the inner part of my pussy. As my back massager lay next to me, and I had the idea to use it near the spot that throbbed and craved attention. Before long, pussy juices covered the massager which made it slide around the area that craved attention. Making a circle eight, it made a humming feeling, an itch that needed to be scratched. The intensity to keep the pulse of the massager in that spot, the urge to release was overpowering me, I could feel the buildup and knew that I was going to cum. My whole body tensed, fixating on that moment in time then the release hit. As I let go, a I shockwave went through my body, almost a convulsion. I learned that I am loud when I cum – matching how I sneeze. Little did I know, it was the start of wanting more from my sexuality, but having the right partners would be imperative.

Happily, divorced a second time, when and where would I have an opportunity to use my sexual discovery? How many of us had a crush on an actor, musician or professional athlete? Through time, it was my social media accounts that I was able to create my sexual escapades. Sliding into DM’s of those I found intriguing, okay they were men I fantasized about fucking me. I took my shot and in many cases, just responding to their tweets or commenting on IG they would slid into my DMs. We will get to the random Facebook follows.

As I mentioned last month, the man that I started my sexual awakening made me feel desired. It’s what we women want when it comes down to it, to feel wanted, desired and trust our lovers to be completely open. As I became more comfortable with him each visit was adventurous as trust developed. He was the first man that told be my pussy was beautiful.  I felt shame that my pussy lips with big and full. He called them a rose as they opened for him. He requested daily pussy and ass pictures, it was the start of me giving my pussy to him, making it his pussy. All of this made me feel powerful. He desired me and it was addictive.

Sticking to my mom’s advice, I continued my playdates with him in another state. It happened that we were in the area at the same time, and we planned an encounter where I would meet him in a hotel. It was a thrill to arrive at a hotel where the valet knew who I was once I arrived. Walking up to his hotel room was an absolute rush of emotions coursing through my body, knowing I had a new toy to use during our playdate. One of the fantasies I had was to wear a collar and leash. As a control freak, I was allowing him to take complete control of my body. Something I craved in a lover was to lose my vanilla ways, make me feel and take my pleasure to a heightened level. It was about trust, acceptance and being confident in my own body. He made me feel like the most beautiful woman in the world.  Each visit, I don’t ever recall how we ended up naked. It’s like our clothes magically disappeared and we are instantly naked in bed. Locking in a naked embrace and kissing. (Kissing is my weakness.) Much can be told about a lover in how they kiss. After our first round of passionate love making and watching his beautiful black dick wrapped in my full pussy lips was when I realized I only wanted a black man as a lover. I transformed into a slut with him and for other black men, my evolution of being a cumslut began. At that time I had only a negative image of a slut, dirty nasty and undesirable, and no idea about the true role of a cumslut. What I would learn about being a cumslut will all be told, self discovery with the right partners is a wonderful thing.

Back to my experience in the hotel:  Ready for round two, I came out of bathroom wearing a collar and leash. As I handed the strap to him, I have never felt more erotic in my life. Giving him the power and I was willing to let him take control of me. Passion in power exchange was nothing I had ever experienced. To say it was animalistic is an understatement. His stare held me as he grabbed at my throat to choke me. His dick was hard and ready to enter my hungry pussy. Nothing at that point can be compared to the pleasure I felt as his dick took charge inside my pussy.  Slow, steady, and deep strokes as he looked into my eyes. He watched me with the deepest desire, I was feeling each stroke inside of me released my first vaginal orgasm then those orgasms would stop, again and again each orgasm gripped his dick and let out scream of passion. I’m still amazed that hotel security wasn’t called. As he flipped me over, he took his dick with all my cream on it and entered my ass, nothing has ever hurt so good. He was the first man to enter my ass, as he stretched me with care in a slow manner, I adjusted to him. He grabbed my hips and took long , hard, deep strokes and it was within seconds that I released an orgasm from my body that came with such intensity as I felt gush of squirting from my pussy convulsing into an orgasm that moved the Earth. We soaked the bed with no fucks given. That was exactly what I had waited my whole life to experience! I waited until I was fifty years old to find my sexuality on that level and it was worth it. He fell on top of me as we rolled over to the dry spot and I experience his after care of his gentle way of holding me and playing with my hair, we fell asleep for nap safely in his trusted arms.

If you want to reach out to me you can find my at Kasidie.com under profile “SunshineU10” or by clicking the banner below.

Hello, I’m an ever evolving woman who has been navigating the LS for a few years now, always willing to experience or at least watch. Totally open minded and accepting of others. I'm also the writer of the Lifestylers Magazine series "Sunshine’s Sexy Sexcapeds". If you would like to reach out to me, you can find me on Kasidie.com under profile "SunshineGoddess".

HotWife Palooza, Friday Escapades and Beyond…