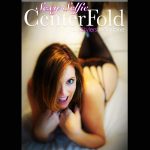 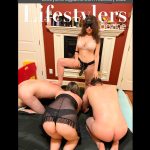 Eduardo was a ‘looker’. With thick curly hair, an easy smile and a natural sense of style, he was very easy on the eye. Easy on the eye always makes me easy in the bed. It was Eduardo’s lucky night.

We arranged to meet him at a luxury 5 star hotel near the financial district. Eduardo had made a real effort to be romantic, as he knew I had grown tired of men that just wanted to fuck. Anyone lucky enough to get a chance of being between the legendary Sassy Slut’s legs had to bring their romantic A game, and Eduardo did. The bed was strewn with rose petals, the champagne was chilled, the scene was set.

He greeted us warmly at the door and I strutted confidently into the room, appreciating the effort that he had gone to to set the scene. Eduardo and my husband get on very well, both natural story tellers, so the conversation flowed freely, almost as freely as the champagne. As we were chatting and laughing I could feel my horn rise, so I gently put my glass down and made my way over to Nick. “Unzip me baby,” I purred, “I need cock.”

Nick needed no further encouragement, he loves watching me fuck. In a moment he had unzipped my dress to reveal my huge 32F breasts in a open bra, and my tight body, made for fucking. We kissed as he undressed me, a last act of physical connection before my greatest act of devotion: the eager performance of my loyal unfaithfulness.  As my eyes turned to Eduardo, I was pleased (but not at all surprised) to see that he was already naked and fully erect. Eduardo’s latin blood always flowed speedily to his cock as soon as he saw me. I walked to him and embraced him fully letting him feel the killer curves that he enjoyed so much.

We kissed for a while. The diamonds in my engagement and wedding rings glinting as I ran my fingers through his hair. He ran his fingers to my asshole straight away, his favourite way to gently arouse me as he knew I loved a little ass play. I felt his hard cock pressing into my warm belly, its wetness revealing his heightened arousal. Soon my own arousal was in full flow, juices starting to drip down my upper thighs and I could wait no longer.

I glanced back to Nick and beckoned him in. He had been stroking his cock as he watched me, and so I dropped to my knees in front of both of them, eagerly taking both cocks in hand, and slowly squeezing them into my mouth.

I love sucking cock, and really enjoy kneeling in front of a group of men to suck cock. Eduardo and Nick had enjoyed this many times before and knew exactly what I liked. Taking turns to suck on Eduardo whilst looking at Nick, and then to keep my eyes on Nick as I took both and sucked on his cock too. It was a total act of cock hungry Slut behaviour: I never took my eyes off Nick, but I never took Eduardo’s cock out of my mouth. Soon they were both rock hard, my pussy was dripping, it was time to get focus just in Eduardo.

I stood and made my way over to the bed, pulling Eduardo by the cock as I walked there. I lay on the bed and took him in my mouth, Nick moving now to take photos of us fucking. After a while Eduardo moved to lie on the bed, he always preferred to take me from behind, he loved how deeply I could take cock (to be honest I have enormous black cocks pound me every week, so really no cock was too big for my greedy pussy). But tonight I turned to sit up: I wanted some deep kissing. Eduardo towered over me, his hard cock pressing in to me as his tongue entered my mouth. We kissed passionately, my hand reaching between his legs to squeeze his balls as his tongue explored me. He lowered his mouth to my breasts and took one of my large nipples entirely in his mouth. This is a super erogenous zone for me and instantly I felt my pussy contract and my juices flow harder. I pulled on his cock, I needed him.

But I had not had enough of his cock in my mouth yet, so I continued to suck on him, whilst moving on to all fours. I knew that Eduardo would not be able to resist this open invitation and I felt his cock become super hard as he looked at my ass high in the air whilst I sucked on his cock.  His arousal was at a peak and I knew we were just moments away from him taking me by the hips and pounding me from behind. But he wasn’t going to get that, not tonight. I wanted much more unfaithful sex tonight.

I fell on to the bed, spreading my legs wide to expose my dripping pussy.  Despite wanting to pound me Eduardo could not resist this submissively available pose and he climbed between my open legs. Nick always loves how easily I spread my legs for other men. But this was different. There was a passion in Eduardo’s eyes that matched the passion in my pussy. I pulled him inside me and gasped at the intensity of the feeling. I knew that this was going to be different, not fucking, but love making.

I wrapped my arms around Eduardo’s shoulders, clinging to him as he started to push the head of his cock inside me. It was a looong, slow, deep thrust and I gasped hard as he penetrated me. I wrapped my hand around his shoulder as I wanted to make sure that with every thrust I would stay pinned to him, so that I could feel every inch.

He started to thrust inside me. Eduardo had his mouth against my ear and I could hear his lust for me. His ass obsession could not be resisted and so even though he had started to pound me in missionary position, he moved his hands so that he could squeeze my bottom at the same time. But I needed more. My regular poundings from black cock had turned me into a Size Queen and Eduardo’s 7 inches wasn’t big enough for me now, I was used to regular 11 inch fucking, but the murmur of his lustful whispering, the scent of his cologne, the laughter and champagne had put me in a romantic mood. I could feel my orgasms building, his romance had taken my head to a new place… I just needed an extra inch.

I reached down and pulled my legs higher, so that my pussy was even more exposed to Eduardo. He slid an inch further in, and started thrusting more urgently. I could feel the haze building in my own head. “Tell me, tell me,” I urged him.

His cock started hammering me. As my own orgasm started to flow I heard him, grunting, almost shouting, “I love you. I love fucking you. You have an amazing pussy. I want you more than my wife!”

The Sassy Slut is a very promiscuous, very happily married British Hotwife, with an overwhelming passion for truly bisexual women and very well hung black men. She is a Hotwife Lifestyle Coach and you can contact her on Kasidie or SDC as SassySlut, or follow her adventure teasers on Tumblr as sassysluthotwifelife. For those of you that are more Sapiosexual you can receive daily email updates of her reflections on the lifestyle at SassySlut.substack.com

Defining A Domme And The Treatment Of A Sub