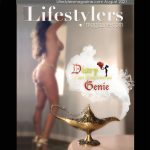 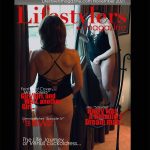 Harry was a Hotwife’s Dream man…

Harry was a hotwife’s dream. A smooth, black American business man, with a broad smile, he was not only desperately good looking he also had an astonishingly chiseled body. He made me wet just looking at him.

He was married, and although his beautiful wife had once been active on the swinging scene, she no longer played, as is often the way with wives of over sexed men. And boy, was Harry over sexed. The validations on his swinger site profile were nearly in triple figures, with every woman or couple assuring readers that he was the real BBC deal. For the past three months, I had been finding out exactly how real his deal was, but tonight was a special night as I had very clear directions from my husband: this was to be a ‘fuck as soon as you get through the door’ night. I am a very classy Slut, so I knew exactly how I wanted to give my husband that visual treat.
We arrived at Harry’s apartment promptly, as usual. The apartment was a very high end pad, as fitted his financiers’ pocket, and he kept it just to fuck his swinging partners. I fucked Harry three times a week, as well as having lunch and dinners with him most weeks, so there was a very easy familiarity between us. He was always gentlemanly towards me and so he greeted us at the elevator lobby to show us up to his place.

Once inside, he popped champagne and poured us a glass, I took a sip and looked him in the eye as I moved into his space straight. I could see that my husband, Nick, had already started to film and so I knew that my performance time had begun. Gazing deeply into his eyes, I purred, “Helloooo, missed you,” whilst I wrapped my arm around his thick muscular neck and curved my body against his, my large 32FF breasts pressing into him.

He took me in his arms and replied, in that deep baritone Chicago tone of his, “Mmmm high baby, missed you too.” He always called me baby because the head fuck game we were playing was that I was to become his girlfriend and he my boyfriend. We kissed deeper, our tongues slipping easily over one another’s with the familiar confidence of frequent lovers. I lightly placed my glass on the kitchen worktop so that I could put both arms around his neck, as he clasped my back.

Harry ran his fingers down my bare back. Nick always buys and chooses my dresses, not just for playdates, but for every day, and he had chosen a backless, black dress for tonight. It was not only loose for easy access to all of me (he instructed me never to wear lingerie under dresses as he always wanted my lovers to immediately be able to feel my breasts and pussy), but is would also be perfect for ‘through the door fucking as it was short and easy to lift up, as well as light and easy to fall down.

We kissed more deeply, and I could sense Nick’s arousal as he saw the hungry passion of my kisses. I wanted Harry inside me, tongue, fingers, cock. Soon Harry’s hand was up my skirt, his strong fingers squeezing my heavy meaty ass. Men obsess about my ass, as I have perfect shape, but also heavy cheeks and hips to hang on to. As Harry’s hands wandered from my hips to between my legs, I slowly turned away from him towards the worktop, my hand still reaching behind me to have my fingers in his hair. I could sense that he wanted to turn me back around, but he hadn’t realised my plan. Nick had. He had already taken a couple of steps back so that he could see all of me as I prepared to offer myself to Harry.

The ritual of offering is important to us. It is always Nick that gives me away. Here, to all the men that watch the video of this night on my swingers site, it may appear that I offered myself as I bent over the counter, but I was clear that I had not offered myself. Nick had given me to Harry, before we had even stepped into the apartment. I was just presenting the gift that he had already given. I spread my legs and Harry dropped his trousers, his cock already hard from our passionate kissing and the prospect of what he knew I gave him three times a week.

Harry gripped my hips tightly and soon started to pound into me. He had a thick 8 inch cock, with a thick foreskin (unusually for an American) and a diamond shaped head. As he established his rhythm I pushed back on the counter so that I could feel the entirety of his cock. My body is built for black men and my meaty ass, huge breasts and pussy that can easily accommodate 12 inches of black heaven, was soon heaving in response to Harry’s powerful thrusts. His muscles rippled as he pounded me and my ass shook with every slap his hips made against it. The sound of our sex filled the air, not only my moans, which blow the mind of every follower on my website, but the incessant rapid-fire slap of his body against my ass.

Gripping my hips tight in his hands he thrust himself into me faster and faster, my moans turning to screams, all thoughts gone now of Nick, the filming or even where I was any more. This was simply sexual survival as I shouted out, “Yes! Yes! Yes! Fuck me harder, oh fuck! Oh fuck! Oh fuck!”. Harry’s sweat was flying off his body as he relentlessly fucked me, his goal to make me pass out with the power of my orgasms becoming more and more real with every orgasm that shook my body.

The Sassy Slut is a very promiscuous, very happily married British Hotwife, with an overwhelming passion for truly bisexual women and very well hung black men. She is a Hotwife Lifestyle Coach and you can contact her on Kasidie or SDC as SassySlut, or follow her adventure teasers on Tumblr as sassysluthotwifelife. For those of you that are more Sapiosexual you can receive daily email updates of her reflections on the lifestyle at SassySlut.substack.com

Girl/ Girl, and WAIT! Another Girl…