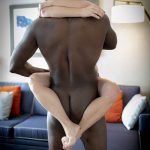 A girls account, from sexually FRUSTRATED to sex slave..(Part-1)

(Part-1) “My job was boring, but not as mind-numbingly boring as my love life.”

It was 2003 – with the promise of a bright new millennium- and I felt my life was going nowhere. I was 22 and although I was working in my home country, Poland was not yet in the European Union with the opportunities that this afforded. I wanted, no, I needed to escape! My job was boring, but not as mind-numbingly boring as my love life. I had a boyfriend that seemed to only care about his own gratification and put no effort into ensuring that sex with me was satisfactory for anyone but himself. I got more satisfaction sitting on the washing machine on the spin cycle.

One of my boyfriends mates, a guy called Adam, spoke to us about his previous summer when he went to Greece to work as a plumber. He said it was great fun….a real adventure….and that, if we wanted, he could find work for both of us and we could escape the humdrum existence of living in Poland. So with no prospects of happiness on my horizon, I agreed to go with them both mainly because I wanted some excitement in my life and I couldn’t see it happening where I was.

So there we were – sharing a small room with a bed and a shower rented to us by an old couple, him working as a plumber around the village with his friend, Adam, and me working shifts as a waitress in a harbour-front restaurant. The working hours varied with the amount of trade the restaurant got – obviously on the weekends we were busier while during the week, I often had time off in the afternoon after the lunch rush and before the evening customers started arriving.

Over time, it became obvious to me that he wanted more than just conversation and flirting – he wanted me – and I resolved to make sure he knew that the feeling was mutual.

Next door to the restaurant was a tourist bar catering for the passing trade during the holiday season. It was run by a married couple – not Greek but French or Belgium – I was never really sure. The husband was around 50 years old, tall, long-haired and fairly handsome in a powerful, rugged way. He owned a few establishments scattered around the village and his wife basically ran the tourist bar for him, leaving him free to operate his other bars and venues. His name was Renaud, a name I was to come to love and fear in equal amounts as the years passed.

Many of the staff from the restaurant frequented the bar in their off-hours and I found myself there on most days chatting with Renaud and we built a rapport, which developed into some serious flirting on both our parts. He was always very careful not to let it show in front of his wife and I was painfully aware of his married status.

Over time, it became obvious to me that he wanted more than just conversation and flirting – he wanted me – and I resolved to make sure he knew that the feeling was mutual. It seemed to me that he was spending more time in the tourist bar than in his other businesses. One night when I was in the bar, I watched him move towards the back where the toilets were – a small room which led through one door to the men’s toilet and one to the women’s. He was in this small room when I got there so I screwed up my courage and kissed him on the lips then, with a mixture of feelings flooding me, I left the bar and stayed away for a couple of days.

The next time I saw him, he said I should come to one of his other properties and told me the address of another bar where they played live greek music on the weekends. This particular venue was situated on an open plaza and was on the first floor of the building, up some stairs after entering through the main door. In order to avoid the gossip prevalent in a small community, I took care to be unobserved as I went through the door, climbed the stairs and stood in the hallway outside the bar waiting for Renaud. It wasn’t long before he arrived and, locking the door behind him, he climbed the stairs. When he reached me, we took one look into each other’s eyes and kissed passionately.

The kiss was the most intense I had ever experienced as his tongue plunged into my mouth. I melted in his arms, almost overcome with emotion. When he opened up the main room and led me inside, he also ripped away all my inhibitions, stopping me in the centre of the room and, kissing me all over, he slowly undressed me piece by piece. The room had benches built into the outside walls covered with cushions and he laid me down on one of these. Using his hands, his fingers and his mouth, he brought me to a wonderful and intense orgasm. After many years of only achieving orgasm through masturbation, the sensations washed over me and carried me to heights to which I had never been. Never before had I been taken to such ecstasy, never before had somebody care about my sexual needs and here was Renaud caring for my absolute pleasure.

Throughout this episode, Renaud remained fully dressed, simply using his sexual skill to give me mind-blowing orgasms. In hindsight, I now realise that this was a calculated move on his part. He was placing the onus on me to want him more…

Throughout this episode, Renaud remained fully dressed, simply using his sexual skill to give me mind-blowing orgasms. In hindsight, I now realise that this was a calculated move on his part. He was placing the onus on me to want him more…to want him to be something more than just a lover….to crave more of this sexual bliss he was giving me. By putting me in this position, he was allowing me to make the decision to submit to him although at the time I did not realise this. All I could think of was how to get him to want me even more, how I could possibly please him, how I could get him to give me more of these marvellous orgasms.

After a while, he pulled me off the cushions and, gripping my hair, made me kneel in front of him and take his cock, his wonderful cock, into my mouth. I did so willingly , desperate to please him and I did my best to satisfy his lust. Renault taught me how to pleasure him with my lips and fingers around the first cock I learnt to worship, I had to stretch my mouth because of his girth. Yet he had other plans and he stopped me before he came. This confused me and excited me in equal measures – I had never been treated this way…as an object purely for the pleasure of someone else….and I loved it.

He asked me whether I would do anything he asked…for example if he told me to lie on the floor face down on my belly with my arms and legs extended, would I obey. Without hesitation and with complete commitment staring happily into his face, I said “yes I would”. Once I was in position, he instructed me not to move and he walked out of the bar, locking the door behind him.
I lay on the cold floor with only my thoughts to keep me company………”Was Renaud coming back? Why did he leave me here? “Do I know what I am getting into?” “How long do I stay here on this cold floor, naked and vulnerable?”………….”And why am I so aroused?”

Hello, I am Dorcia a single female exploring everything the lifestyle has to offer, and enjoy sharing my experiences with other lifestylers....

A Hotwife picks up a hot stranger for her hubby

Types of Bulls in Cuckolding. What Type of Bull are you?