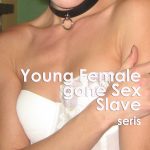 Types of Bulls in Cuckolding. What Type of Bull are you?

So let’s check: Types of Bulls in Cuckolding. What Type of Bull are you?

The One Night Stand Bull

Now obviously having a good regular bull is the ideal scenario. However, it’s also fun to have a one-night stand to get some strange dick once in a while. It’s really the spontaneous nature of it that’s really fun.

I mean just imagine you are at dinner with your wife and you eye a handsome devil checking her out. She invites him over and strikes up a conversation. And next thing you know you’re buying a hotel room for him to fuck her in!

So, where do you find one-night stands? Well, in my experience they “sort of just happen.” It could happen when you are on a date with your wife and she spots someone across the bar checking her out. Or maybe you are at a football game and some guy starts hitting on her.

Or maybe it’s a little more deliberate and you guys decide to go to a bar or club specifically to hunt for new dick for her! So, how do you increase your chances of helping your wife find a one-night stand?

Well, usually if you go to a singles night at a bar or if you keep an eye out of your surroundings and find someone checking her out, you can find someone.

One of the best places to find bulls is online. And I’m talking about things like online forums, dating apps, and dating/kink websites.
Now obviously a level of discretion and safety needs to be given in these types of situations as you could be dealing with someone that’s literally crazy.

However, it is also a ripe playground to find great partners. These are what I call “bulls with potential” – meaning bulls that could eventually become a regular bull.

The third type of bull (and quite possibly the most fun) is the vacation bull. These are bulls in different cities that you can see when you are visiting. For example, maybe you’re visiting family in Texas and know of an old flame in the area. That’s perfect to find a bull.

Or maybe you’re going to a nice resort in Cancun for a long weekend to relax and have fun. That is the perfect spot to pick out a new bull. I find that most guys are more relaxed and willing to do kinky stuff on vacation like this, so they won’t mind if cuck watches you and him have sex.

If you travel a lot (for work or vacation), it would be ideal to have a bull in every city that you visit! Now obviously that is something pretty hard to do, but that would definitely be the dream!

As it is obvious from its name this is the ex-boyfriend of the wife or girlfriend. Because of the fantasy world and ease of access, it may consider a good and easy choice but it is not recommended.

In many stories and captions even on our website, you may find it as a fantasy but in reality, managing the dynamics of the relationship with the old feelings from past relationships is extremely difficult unless you want to turn him into a Bullfriend or polygamy that I will explain later.

However, those kinds of relationships are too advanced for a new Vixen and Stag or a couple who wants to try a hotwife/cuckold relationship for the first time.

Ex-boyfriends are best to check the fantasy among yourself before you start.

The bull your wife will be fucking the most is her “The regular bull”. This is someone who lives in the same city as you (or at least who visits a lot) so she can see him frequently.

He and your wife should have undeniable chemistry (and not just in the bedroom). Now, finding a good, regular bull isn’t necessarily just about finding someone to fuck your wife.

You could find just about a thousand other men in your city to doing that. But he needs to be someone you can trust, who has chemistry with both of you, and who is discreet as well.

Now, obviously, that is easier said than done. But ideally, this bull is good, looking, well hung, and will be available to fuck your wife and take her out on short notice.

Since he is a regular bull, you don’t really need to worry as much when your wife goes out alone with him (as opposed to a first date or one night stand with a stranger from Tinder).

This way you will know for sure that he’s safe.

This is the Bull who didn’t realize he was one. He may have stumbled into the swingers or Hotwifing scene unwittingly through friends or by simply listing himself as looking for couples on adult dating websites.

The Accidental Bull most likely has had no prior experience with multi-partner sex, and if he has, it was most likely a drunken episode with his housemates. He wants to broaden his horizons but isn’t quite sure how to go about it. He’s perfect for Hotwives who want someone eager to please. Many however will retreat back to vanilla sex. Some will evolve into a Pseudo Bull or beyond.

As you may guess all one-night stand, online bulls and vacation bulls can be categorized as accidental bulls.

This is the Bull who has played with enough couples and Hotwives to know that he enjoys mixing it up. He still prefers one-on-one hookups with single women but will happily put his hand up if a couple wants some MFM action. Sometimes he will specifically seek out a couple when he wants more than a scoop of vanilla.

In my book, this is the perfect Bull. Easy-going and open-minded, the Adaptable Bull is experienced enough to know how Hotwifing works. He’s happy to put on a show for the Stag or produce a huge load for the Cuck to Cleanup.

He doesn’t mind being the only cock, or one of many for the night, and has a good-sized penis that can get hard and stay hard, a condom and all. This bull knows his boundaries so while he’s flirty and dirty with the Hotwife, he isn’t texting her 24/7.

Also, he is mindful of the Stag and respectful towards him. Equally happy to hook up with couples and single women, the Adaptable Bull definitely won’t back out of a date.

Not the best team player, the Monogamous Bull is OK with having the Stag in the same room (how gracious of him…) but he isn’t keen on any other cocks sharing the Hotwife.

Eventually, this Bull will progress to only seeing a Hotwife if she can play on her own and may even refuse to participate in gangbangs or threesomes. He wants to be the only cock. Often, he is easily the only dick.

If you really only want a Bull for his cock and ability to use it, then the Hardcore Bull is perfect. He is polite at best, and often indifferent to you as a person outside of the bedroom.

He is respectful and understands boundaries but he only sees recreational sex as a sport and you’re the teammate with the holes he needs to fill. He’s not fussed about socializing and is quite happy to literally slip right into the action once he enters the room.

The Hardcore Bull doesn’t care that you’re a lovely person who can make the best ham sandwiches. He doesn’t care if you’re a size 8 or 18. He’s there to do a job. Simple.

The Bullfriend or Wife’s Boyfriend

This Bull has been integrated into the Hotwifing dynamic on a deeper level. He is pretty much like a boyfriend for the Hotwife, going on dates and even shopping excursions together.

This Bull may even travel with a couple for wild holidays. He’s not trying to replace the Stag, but he may be on board to fill more voids than the more obvious ones.

This is great if the Stag actually prefers outsourcing not only the sexual needs of his partner but also her emotional ones.

The hotwife in this scenario is also got fully dominated and the bull may share her with his friends for individual or group sex.

The Boyfriend Bull may even sick a more advanced type of relationship with hotwife. This could be dangerous especially if it is not talked through well.

This type of bull is not just another bull anymore. He has an actual relationship. It is sort of polygamy that all three are aware of it. The husband (or main partner) can be a passive role and be dominated by the bull or they can be both equal stags towards the hotwife.

A girls account, from sexually FRUSTRATED to sex slave..(Part-1)