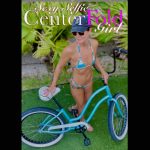 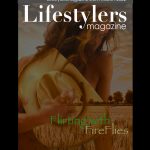 My lifestyle journey began in a very unsuspecting fashion, to say the least. Looking back at how it all started, I can’t help but laugh and honestly wonder what my life would’ve been like had I not met the couple that “popped my cherry.”

Nowadays when I meet a couple for the first time, naturally the question comes up, “So how did you get introduced to the lifestyle?”

My response, “Wait until you hear this story…”

Flashback to summer of 2011, I was a 21 year old college wannabe playboy, working long-distance out of state between my junior and senior year. I was staying in a hotel in a sleepy town for 3 months while working an internship at a big firm, with career aspirations. The hotel was known for business travellers who had consulting gigs at one of the few large companies that were in town. They would come into town occasionally for the work week, leave, then come back again in a few weeks when work came calling. So the people that stayed there were almost considered my neighbors. We’d chat at the pool, see each other in the elevator, give each other a “good morning” at the coffee pot, shoot the shit at the lobby bar. It was people of all walks of life, but as a college kid who just turned 21, it was exactly how I expected my summer to go.

Until one inconspicuous Wednesday night, an innocent conversation about music with one of my “neighbors” named Kevin, turned into a eye-opening, life altering, and mind blowing experience

“It’s a program on your computer that has any song you want, and it’s only $10 per month,” Kevin shouted as he was explaining to me how Spotify works. (now a very popular music streaming platform). He had been explaining it to me as the next big thing and it was going to make CD’s irrelevant and iTunes out of business, which ended up being half true. Eventually Kevin says, “Just come up to my room, let me show you how it works.” I was intrigued so I obliged, it seemed harmless.

So we go up to the room, he pops open his laptop and he starts playing some music. It was the Rolling Stones but the exact song slips my mind. As we continue to chat, I hear what sounds like the toilet flushing, and 10 seconds later a cute woman comes out of the bathroom walks right up to me and says, “Hi, I’m Christy!”

“Yeah my wife wanted to take some time off from work, so she decided to join me on my trip this time,” Kevin said.

“It’s nice to meet you Christy,” I said, “but wow you really scared the shit out of me, I didn’t know anyone was in here.”

We all laughed and Christy smiled and said, “I’m sorry! I just had to see what all the commotion was,” as she got close to me and playfully smacked me on my chest.

Kevin interjects with, “Christy was hoping she would get a chance to meet you, I’ve actually been telling her about you.”

I respond with, “Oh haha that’s weird, why would you be telling your wife about me,”

Christy chimes in with, “He thinks you’re my type because Kevin knows I like young, fit men, with a good sense of humor.”

Now Christy was standing very awkwardly close to me, her eyes were locked in and she had a smirk on her face as if she knew exactly what was about to happen. Kevin, was sitting next to his computer still, and he very calmly says, “Well, what do you think, do you think my wife is hot?”

So now I am really wondering, how do I answer this question… If I say yes, is this guy going to try to beat me up? If I say no, is Christy going to slap me in the face? Now let me add this, Christy was a beautiful brunette, very proportional, fit, cute smile, and had a little southern accent. She was wearing a nice pair of black silk pajamas, with pink accents. The shorts were short enough for me to admire her nicely tanned legs, and the top was revealing just enough cleavage to grab my attention and tight enough for me to know her nipples were hard. It wasn’t crazy provocative, but it definitely wasn’t something I was expecting to meet someone’s wife for the first time either. Now I still didn’t really know what was going on, but I’m not stupid either, there was only one response to that question which could have any positive outcome. So my response was, “Yes, she is really fucking hot!”

“That’s great,” Kevin said, “I can tell that she really likes you”

I couldn’t take the anticipation anymore so I replied, “Okay seriously, what is going on here?

Kevin, slowly replies, “Well, I have this thing where I like to watch my wife fuck other guys.”

I can’t even explain how many thoughts were going through my mind when he said that. This concept was brand new to me at that time. I thought it was taboo, cheating, and stuff like that only happened in porn movies. There was no way this was real life, and let alone happening to me. By that time, Christy was rubbing her chest on mine and she had wrapped my arms around her. Now Gents, if you’re reading this, think back to when you were 21 years old, a strong gust at the right angle could make my dick hard. So a hot girl like Christy definitely had me hard as a rock, and she definitely took notice.

So what do you think happened next? I will let you readers use your imagination, but Christy and I put on a great show for Kevin. It will always be the most memorable lifestyle experiences that I have ever had, and probably the most spontaneous.

Before I left, Kevin mentioned to me that there is actually a big community of people like he and Christy. Sex positive couples in open relationships, who like to swap with other couples, invite men and women to join them in bed, attend naughty themed parties, and live out their sexual fantasies. The concept was so new to me, I didn’t even know what to think of it. He recommended one of the popular swinging websites to me, and explained to me how it all works and that I could meet more people in my hometown. I was still a little skeptical about the whole lifestyle, mostly because that is what society and my upbringing led me to believe. I didn’t jump into it right away.

I went back to college after summer, met a sorority girl and quickly got into a relationship. I thought that monogamy was the life I wanted. When my girlfriend cheated on me and I needed to get out of my slump, I looked up the website that Kevin told me about. I was amazed at how many people were in this community, Kevin was right! I ended up getting invited to a little mini-gang bang (MMMF) by a local couple. I was seriously contemplating not going, but I had made the commitment and just decided I needed to follow through and try it out. I had already had my first experience, so the first-time jitters or nervousness wasn’t really there. I was able to let loose and have fun! We had a great time and the couple invited me back a few weeks later to play with the wife again, both were great experiences, but in the back of my mind it was just filling a void to help me get over an ex.

I had slowed down again after that, met another girl, started dating, and thought monogamy was for me (again). We split up after graduation because we were both moving to opposite sides of the country, her to New York City and me to San Diego. Now I did not know much about San Diego, other than I heard the women were beautiful. Also, I knew absolutely nobody that lived there! So I figured this was a good opportunity to see what this lifestyle was all about!

From then on, I have been a consistent single male member in the lifestyle community in San Diego and Southern California in general. I have had some short stints with girlfriends who I have tried to “convert” and had some great times with FWB’s or some solo lifestyle unicorns. But, the lifestyle is focused around sex positive couples with extremely strong relationships and an endearing level of love for one another, and I have found that my niche best suits joining those couples for amazing experiences and fulfilling fantasies. As a couple, it takes a very trusting and strong relationship to be willing to invite a single man into the equation. For that reason, I always prioritize safety, discretion, communication and respect. It seems obvious, but the ultimate goal is really to make sure the female half of the relationship has an extraordinary experience from top to bottom. Now I won’t pretend to know that I understand all women, nobody does. But I do know that most women need an intellectual connection, a sense of appreciation, and to have their brains fucked out. I’m just kidding about that last part, every woman has her likes, dislikes, fantasies, and desires. And ladies, your husbands (or boyfriends) are your biggest fans, and they are here to support you and see you happy!

Thank you for reading, I hope you enjoyed my story. I actually never saw Kevin and Christy again after that night. We kept in touch for a little bit, and then lost contact. Maybe they are out there and are reading this, and if so I just want to say thank you Kevin for opening up your relationship and offering me an incredible experience with your wife and thank you Christy for being such a sexy vixen and taking this young cub under your wing for a night! To those in the lifestyle that I have met through the last 10 years, thank you as well for welcoming a single male into your relationship, all the great times that have been had, and more great times to come! Cheers!

About the Author: A San Diego resident and frequent traveller. I grew up in a midwestern town, moved to San Diego and never looked back. I can be contacted via Kasidie or LifestyleLounge under the screen name Studyoung60