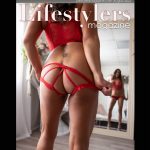 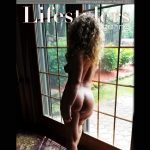 It was our first night… The club was unlike any other that we had visited. As a self-described “dance-a-holic” I loved high energy dance venues. We had enjoyed visits at several amazing gay clubs previously. I was definitely straight, monogamous, and purely vanilla in my sexuality.  But I had always felt open minded about other people’s sexual preferences… just leave me alone to dance in isolation on the side. That was all I was searching for.

But this was different. This high energy dance club was for people in the swing lifestyle. After many weeks of consideration, we had committed to attending one time, and the anticipation felt like the first night of sex at the age of 16. For my devoted husband, that was a good thing. But for me, not so much. My anxiety was dangerously high. Fearing the worst, I was hoping to simply get through the night, in order to say we had tried. The goal was simple: visit a sexually charged dance atmosphere, let my hair down a little, and add a little spice to our already strong sex life.

Fortunately, our guide also emphasized club values regarding respect: “No means no” … “Don’t be creepy”… “Never touch others without asking first” etc. I started to breath again. We viewed various private rooms which included novelties such as a sex swing, a fishbowl (for outside viewing pleasure), and adjoining rooms for folks who were a bit more inhibited. She gave strategic details to the explanation of the hygiene related to the bedding. The volunteers were very careful to change the sheets and clean the rooms prior to each rotating couple. Each room contained a healthy stock of condoms, wipes, and even some handy hooks to hang clothing.

The informative tour finally ended, and we decided to start the night with some food. Their buffet was surprisingly delicious, and we journeyed back upstairs to chat with a few of the first arrivers. We met a friendly 20 something female and learned that she was a “regular” who attended alone and actually participated in the clubs Female Advisory Committee. Like our tour guide, she was a “big-boned” girl, sexy in her corset and heels, and happy to hang out with the two of us. Funny, it was one of the only moments that we had “potential” with what we later learned was a “unicorn,” the rare single woman who plays (F-M-F) with couples. Like every other man on the planet, the threesome scenario had always been one of my husband’s fantasies. But on this night I was determined: that was clearly NOT going to happen on my watch. I was just hoping I would make it through the first hour without changing my mind and deciding to leave.

Fortunately, it was “champagne night” at the club… and I do enjoy champagne. Okay, I like champagne, but I LOVE free champagne and we both received a full glass every hour in celebration of our first visit. The dancing finally kicked in around 10 pm and we reunited on the dance floor with our unicorn friend and several of the couples we had met upstairs. We attempted to blend in but we probably looked like two deer caught in the headlights of an oncoming truck. People arrived in sexy outfits, but by 10:30 many of the ladies had removed tbe outer clothing layers. I remember feeling in awe of several attractive women who had the confidence to completely expose their beautiful breasts.  Other ladies wore transparent outfits that left little to the imagination. One of the older couples, a charming duo in their early 70s, pushed things to the next level when she began performing oral sex on him without leaving the dance floor. It would have created a shocking spectacle in other venues, but this was all part of the club routine.

I was feeling lured into the dance floor energy with each passing hour. We met a sexy brunette who called herself Sophia. She danced up from behind me, ultimately sandwiching herself between the 2 of us. Sophia always asked if it was okay to touch… Nervously, we said yes and she playfully placed her hands on my hips. Her eye contact was blinding, uncomfortable, yet intriguing. Despite my husband’s fantasies, I had never explored anything remotely bi-sexual. I was definitely NOT going to lock my eyes on this tempting new friend. Instead, I kept my eyes squarely on my husband, and occasionally gave him the “yikes” look as Sofia flirted with the backside of my dress.

Several songs passed, and Sofia floated along to other friends. The flirtation was fun, harmless, and seemed to help open me up, with a little help from another glass of champagne. My husband and I were starting to feel thoroughly connected… first on the dance floor, later in a side lounge area where we kissed in the darkness. The chemistry was fabulous, and the evening seemed to be heating up.

The evening was pushing my comfort zones but it was feeling like a success. We met a nice couple (I will call them Lois and Clark) who seemed to be similar to ourselves. She was a volunteer worker that night. I approached her for help during a “free pass giveaway” for all first-timers. She smiled at me, and thoughtfully escorted me over to the bartender who had the passes.

As midnight approached, I noticed Lois again. She was standing alone toward the corner of the dance floor. She was wearing a classy, tight fitting business dress that accentuated her sexy curves. The dance floor had become relatively quiet by this phase of the evening. Eventually, we would learn that most people dance for awhile but proceed to go upstairs for play adventures. I was determined to chain the two of us to the dance floor. Lois seemed to enjoy spending her supervision time watching us dance and the 3 of us kept the conversation alive.  Suddenly, Lois became very serious. She said that we seemed very unusual: “You guys are so…. Normal!!” She meant it as a compliment. She said that she was relatively new to the club but that she had not met anyone in the club who was so “normal” … similar to her friends from the real world. We all laughed and she took us to a different section of the club to meet her husband. We agreed to follow up with them through a website they belonged to. My champagne tinged brain quickly forgot all the information but I was convinced that we had just met our first club friends.

By the end of our first visit, the fun meter was running high and the fear meter had dropped significantly. We spent hours dancing and drinking, meeting various couples and truly enjoying each other. People were respectful and friendly. Far more respectful, overall, than any other night clubs we had attended. The only exception was an overly aggressive couple who definitely led with their hands during several ambush attempts. But overall, we had survived our first night without any real danger taking place.

Finally, this long, exhausting, and exhilirating visit was coming to an end.  We walked back to the nearby parking garage and jumped into the family minivan. Smiling, we did a ceremonial “high 5” and passionately kissed in the back passenger seats like we were teens again. I reached down and felt his hardness between his legs. We smiled and I told him he would have to wait until we arrived safely back home. And the dynamic drive home was packed with conversation.  So many new feelings to discuss, and the travel time flew by. Once we arrived in our bedroom, the clothes came off in record speed. The sensuality lit up the room, deep into the early morning hours. And then, it was time to start planning our next club visit.

Hello, i'm Mrs. GenieWishes, I was a "good girl" who followed all the conventional rules; until my passion for dancing introduced me to the sex positive Lifestyle.  Now I mentor friends, lead groups,  & host events for our giant LS network. You can find me on Kasidie.com or GenieWishesEvents.com