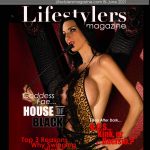 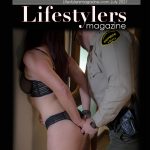 It’s not something we tell our friends or relatives but my wife Becky used to be a prostitute. Becky’s parents had hospital bills and so Becky did what she had to do to put herself through college. At first she tried waitressing but with her long blonde hair and curvy figure she quickly worked out that she could work less and earn more by being a working girl. Becky is quite a stunning lady so she never had to work the streets and she was quickly picked up by a high class escort business with a group of loyal wealthy clients.

I didn’t know about any of this at first. Becky and I had some mutual friends and we had been dating for six months before I worked out what was going on.

We seldom went out in the evenings and she was always getting messages on her pager. Then one day a friend of mine told me he had seen Becky at an expensive restaurant with an older gentleman and the penny dropped.

When I confronted Becky about it she didn’t try to hide anything. If anything she was proud that she had managed to put herself through college and save enough for a down payment on a house. We decided to take a break but I quickly realized that I loved Becky and that I couldn’t hold her circumstances against her.

When we got engaged I didn’t ask but Becky volunteered to give up her job. I was working full time and making good money and Becky had a psychology major so she also had plenty of other options. She got some work in advertising and we started to live like a normal couple.

After we got married we found a big house with a yard and moved to the burbs. We were happy together just like any other couple and Becky’s savings allowed us to pay off our dream house a lot faster than we otherwise could have. After a few years I got a promotion or two and Becky went part time so she could enjoy life more.

I am also very thankful that Becky hasn’t let herself go since we were married. At age twenty nine she still has a stunning figure from running and swimming and if anything her confidence and sense of humor make her even sexier than when we were first married. She always gets admiring looks when we go shopping or hang out at Starbucks.

In fact we were hanging out at Starbucks one weekend when Becky’s old life came back to haunt us.

“Oh my god that’s Rob!” gasped Becky when she saw him.

I looked at the fellow who had just walked in. He was a tall guy, about fifty and he wore an expensive-looking suit which gave him a distinguished air. I had no idea who he was but Becky called out to him and he smiled broadly when he saw her.

“He used to be a client, OK?” whispered Becky as she gestured for Rob to come over.

The guy collected his coffee and came and sat down next to Becky while I sat there trying to absorb what Becky had just told me.

“It must be about five years,” said Becky. “You’re looking well.”

“You look more beautiful than ever,” said the guy. “And I see that you’re now married.”

Becky giggled and introduced me as her husband. I shook the guy’s hand and said nothing.

Becky and Rob caught up for about half an hour and it was like I was not even in the room. They skirted around ‘old times’ but they joked and laughed about certain places and it was clear that they must have hooked up plenty of times back when Becky was a hooker. Rob also went out of his way to compliment Becky on her appearance several times.

As he stood up to leave he very pointedly handed Becky his card.

“Please call me if you ever want to party,” he said politely and with just a quick check to gauge my reaction.

My jaw tightened but Becky was quick to laugh and protest that “those days were over.”

Later that night when we were getting ready for bed, I asked Becky about Rob.

“What did you do with him?” I persisted.

“I’m not going to tell you the details, baby,” said Becky. “That would be breaking my client’s confidence.”

Becky seemed to realize that I was suffering the angst of jealousy a little and she quickly reassured me that she loved me and she would never go back to her old life.

“And besides,” she continued. “You knew about me when we were dating. And I chose you because you were the only guy who didn’t hold it against me.”

We made love that night and it was truly two people making love and not just having sex. Something was different, though. Meeting one of Becky’s old clients had reawakened some of the old feelings I used to have about my wife.

“Was the money good?” I asked Becky as we lay in bed after our lovemaking session.

Becky looked at me long and hard. She placed her hand on my softening cock and it stirred slightly from her gentle touch.

“You know it was, baby,” she whispered. “I put myself through college and paid the down payment on this house, didn’t I?”

“And did you… enjoy the work?” I asked hesitantly.

Becky thought about it for a long time. She hadn’t moved her hand and I realized that she was trying to gauge my reaction. I had to admit that my cock was hardening thinking about Becky getting paid for sex by other men when she was younger.

“I did,” said Becky finally.

When Becky admitted that she had enjoyed having sex with other men, even while we had been dating, my cock went from semi-erect to fully erect. Becky looked at me searchingly. She didn’t seem at all surprised by my reaction and she pecked me on the cheek tenderly before we went to relax.

She brought up the subject again the next morning over breakfast.

“We don’t need the extra money you know,” she said.

“Well it’s obvious you want me to go to work again,” said Becky, “But we don’t need the money now.”

I suddenly realized that my body hadn’t lied the night before , and even talking about it this morning was getting me hard again. Somehow we had crossed an important line in our relationship and nothing would be the same again.

“Don’t worry,” said Becky before I could say anything. “Just because we don’t need it doesn’t mean I won’t charge for it! I can probably even lift my fees for inflation!”

We talked about it some more and Becky agreed that she would call Rob and then we could talk about it some more. Becky told me that Rob was completely respectable and I didn’t have to worry about her safety or anything. I liked that Becky would go out and have an enjoyable time, and I liked that we might get a little extra money.

Becky rang Rob that day and although he was surprised to hear from her he readily agreed to pay for a night of her services. They set it up for the next Saturday night and I spent the next few days with an almost constant hard on thinking about it.

Saturday came around and Becky disappeared into the bathroom for an hour that afternoon while I waited in the bedroom. She looked completely relaxed when she came out in her robe and when she flashed me a look under the robe I noticed that she had shaved not only her legs but also the tuft of golden hair on her pussy.

“Rob likes me shaved,” she explained.

Then I sat in the bedroom nursing an aching erection as I watched Becky get dressed. She put on some sexy black and red lingerie and then a black silk blouse and modest skirt. Becky went to much greater effort than she ever did when we went out, but I guess it was not every night she got paid a large sum of money from a discerning customer.

Becky completed her outfit with some black stiletto heels just as the doorbell rang. It was Rob’s driver and Becky blew me a quick kiss as she tottered out the door and into Rob’s limo.

I tried to picture Rob being intimate with my wife. I imagined him putting his hand on her leg and then making out with her in the limo. I imagined her going down on him and then they would make passionate love in his expensive hotel room. He would fuck my wife again and again and she would cry out his name as her orgasms shook through her body.

I woke up only a few hours later and bolted out of bed. It was 4am and not even light but I couldn’t get back to sleep so I sat down on the couch and waited anxiously for my wife’s return.

At first I was worried. What if something happened to her? Would Rob try and pressure her to do something she didn’t want to do? Would she decide to leave me for Rob? He had lots of money and she enjoyed having sex with him. My mind was filled with doubts and fears.

Then I thought about Becky being with Rob and I became incredibly turned on again despite my jealousy. I pictured Rob caressing her beautiful body as he undressed her. I pictured him eating her shaved pussy until she came.

I wondered if Rob would be aggressive and pin her down while he fucked her roughly, or would he let Becky take the lead like she used to with me when she dressed up like a hooker. Becky used to love pushing me onto my back and then riding me with her back to me. Now I wondered what she used to think as she bounced up and down on me. Was she picturing someone else pushing their hard cock up inside her? Did she even care who was fucking her?

Would Becky do those nasty things with Rob? Would she enjoy doing them?

By 7am there was still no sign of Becky so I rang her cellphone but there was no answer after several tries. I was going out of my mind but I told myself that it was still early and they would still be relaxing after an exhausting night of lovemaking.

Then it occurred to me that maybe they were doing it again in the morning. I pictured Rob taking Becky in the shower, with steaming water dripping down their naked bodies. He would pump in and out relentlessly, pushing her back against the wall of the shower. Becky would wrap her long legs around him and run her fingers through his hair as she kissed him tenderly.

I was startled out of my dream by the sound of Becky’s key turning in the door.

Hello all you sexy Lifestylers, I'm Bree and a genuine Hotwife based in SoCal! My partner Will and I like to make sexy captions, stories, music and photo-based artwork based around our hotwife lifestyle, cuckolding, interracial, chastity play and other delicious themes. Please come say hello!